Psytrance is a form of electronic music characterized by hypnotic arrangements of synthetic rhythms and complex layered melodies created by high-tempo riffs. It first broke out into the mainstream in 1995 as the UK music press began to report on the trend of Goa trance. 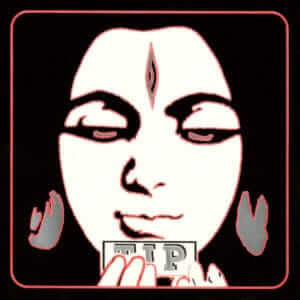 Since then the genre has grown immensely and now offers much variety in terms of mood, tempo, and style. Some examples include full-on, dark, progressive, Suomi, Psy breaks and Psybient. The first hippies that arrived in Goa, India in the mid 60’s were drawn there for many reasons, including the beautiful beaches, the low cost of living, the friendly locals, the Indian religious and spiritual practices and the readily available Indian hashish, which until the mid 70’s was legal.

During the 70’s the first Goa DJs were generally playing psychedelic rock bands such the Grateful Dead, the Pink Floyd and The Doors. In ‘79 the beginnings of electro music could occasionally be heard in Goa in the form of tracks by Kraftwerk but it wasn’t until ’83 that DJs Laurent and Fred Disko, closely followed by Goa Gil, began switching the Goa style over to electro-industrial/EBM which was now flooding out of Europe in the shape of Frontline Assembly, Front 242, and various other bands.

The tracks were remixed, removing the lyrics, looping the

melodies and beats and generally manipulating the sounds in all manner of ways before the tracks were finally presented to the dancers as 100% Goa-style mixes.

By ’85 all Goa music was electronic and people were constantly searching for new music to remix into the new Goa-style. It was impossible to buy this type of music in stores; even today most psytrance sales take place over the net rather than in physical shops.

Arguably the first commercially released trance tune came in ’88 and is accredited to UK acid house outfit the KLF with What Time Is Love. However, at the same time Goa music was being created by pioneers like The Orb, Juno Reactor, Eat Static and also by The Infinity Project.

By ’92 the Goa trance scene had a pulse of its own, though the term ‘Goa trance’ didn’t actually become the name tag of the genre until around ’94. New artists were springing up from all over the world and it was in this year that the first Goa Trance festivals began, including the Gaia Festival in France and the now world-famous and still running VuuV festival in Germany.

In ’93 the first 100% Goa trance album was released, Project 2 Trance, featuring tracks by Man With No Name and Hallucinogen to name just two.

Goa trance enjoyed its commercial peak between ’96 and ’97 with a fair bit of media attention and some huge names in the DJ scene joining the movement. This hype did not last long and once the attention had died down so did the music sales, resulting in the downfall of record labels, promotion networks and also some artists.

This ‘commercial death of Goa trance’ was marked musically by Matsuri Productions in ’97 with the release of the compilation Let it RIP.

Israel also played a part in this development. Until ’88 India’s borders were closed to Israelis. When they were eventually opened many Israelis travelled to India after completion of their mandatory military service looking for a cheap, fun place to unwind.

When they returned to Israel they took music and drugs back with them and in ’90 the first psychedelic ‘full moon gatherings’ on Nitzanim’s beaches began. The music was not as dark as modern Dark psytrance but different from what was already available.

The quantity of Goa music coming into Israel and being played in the clubs provided a lot of inspiration to the younger generations of Israelis and soon new top-quality producers were popping up on the scene, the most famous of which is Astral Projection. Other well-known artists include Intense Sanity, Infected Mushroom, IMIX, Elec3 and Alchemix.

In ’02 however, melodies became popular again, heralding the beginning of full-on psytrance.

Currently, there are many sub-genres within the psytrance scene, including minimal/progressive Psy, morning Psy, full-on Psy, and dark Psy.

There has also recently been a movement attempting to ‘return to the source’ and bring back the original Goa trance sound, such as Metapsychic Records and Suntrip Records, which are dedicated to reviving the roots of the scene and promoting artists trying to recapture the original feeling of the music.

Psychedelic trance has a distinctive, speedy sound (generally between 140 and 150 BPM) that tends to be faster than other forms of trance or techno music. Psychedelic trance uses prominent bass beats that pound constantly throughout the song, and overlays the bass with varying rhythms drawn from funk music, techno, EBM, Middle Eastern music, and trance using drums and other synthesized instruments.

The different leads, rhythms and beats generally change every 32 beats. Layering is used to great effect in psychedelic trance, with new musical ideas being added at regular intervals, often every 4 to 8 bars.

New layers will continue to be added until a climax is reached, and then the song will break down and start a new rhythmic pattern over the constant bass line. Psychedelic trance tracks tend to be 6–10 minutes long.

Psychedelic trance also makes heavy use of the cutoff frequency control of the modulating filter on the synthesizer. Reverb is also used heavily, with large, open sounding reverb present on most of the lead synthesizers in the track.

In 1996, the music had changed so much from its Goa beginnings that the term Goa trance no longer seemed suitable, and the new term of psychedelic trance, or psytrance for short, was coined to refer to this new style of music.

The multi-layered melodies of Goa trance were stripped away, and a darker and more repetitive form of music concentrating on rhythm and groove appeared.
In 2002, melodies became popular again, heralding the beginning of full-on psytrance.

Currently, there are many sub-genres within the psytrance scene, including ambient Psy (Psybient), minimal/progressive Psy, morning Psy, full-on Psy, and dark Psy.

There has recently been a movement attempting to ‘return to the source’ and bring back the original Goa trance sound. Examples include Metapsychic Records (2006 – December 2007) and Suntrip Records.

These labels are dedicated to reviving the roots of the scene and promoting artists trying to recapture the original feeling of the music.

In the early days of psychedelic trance scene, a side project was established by the pioneers who produced special tracks intended to be exclusively played at chosen parties around the world.

The sound of this incognito movement reportedly contains high levels of intense and full power, twisted structures of patterns which has a far richer quality and entirely different in style when compared with the standard commercial releases.

The tracks were shared exclusively among similar-minded acts and to a very few number of DJs and were impossible to obtain by people outside that `inner circle´ which has generated the development of the new and wholly different genres dark/forest in 2004 by mainly former audiences.

Psybreaks or psychedelic breakbeat is a form of psychedelic trance originating in the late 1990s, splicing breakbeat basslines and rhythms into otherwise heavily psytrance-influenced tracks. At times there is a fine line of a difference between Nu skool breaks and Psy breaks, but usually, you can distinguish the difference depending on the synth lines.

Psy breaks tracks would be closer to Goa and Psytrance with 16th note arpeggiated synths and or bass line driven tracks with lots of sound effects. Whereas many Nu skool breaks tracks use the same elements but a different way and tends to use distorted heavy basslines with lots of glitch edits.

Another noticeable difference between the two is Nu skool is more club driven in the sense of upbeat and rowdy as opposed to Psy breaks which leans more towards dark and mysterious.

Full-on is psychedelic trance that originated in Israel during the late 1990s. The expression “full-on” is taken from the first out of a seven compilation album series and the first album ever to be released under Hom-mega Productions in 1998, titled Full On, which comes from English slang.

Other sources say it comes from the “Full” “moon” festival’s name, whilst others argue that it is derived from a phrase widely used to describe particularly high-energy music (“That tune is really full-on!”). Full On is without a doubt the most popular form of Psychedelic Trance.

Owing to big basslines, catchy hooks and some borderline commercial and pop elements this style has the most mass-market appeal.

The most easily recognizable elements of full-on psytrance are the so-called “rolling” bassline, which crams two or three short bass notes in between each hit of the 4/4 drum, the fast changes in music sequences (max 32 beat for sequence), and a more energetic melodic/uplifting nature. Often heard in clubs or during the nighttime hours at festivals it is popular in Israel, Brazil, Goa, Florida, Victoria and the United Kingdom.

This is the “freeform” variation of psytrance where the artist has almost no limits but still bear a specific “Finnish” style (which is also produced in other countries but the originating Suomi designation is in wide use).